Go Ahead And Do It: Portraits of Women in STEM at Art.Science.Gallery in Austin 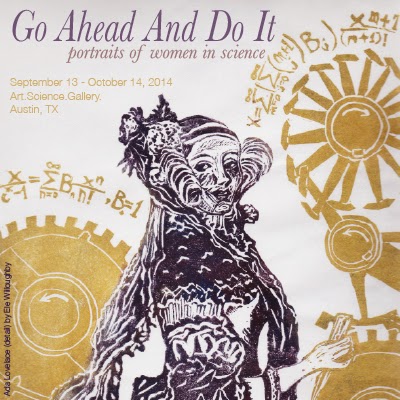 If you are in the Austin, TX area be sure to visit Art.Science.Gallery! This fall they are hosting a show of portraits of women in science, technology, engineering, and math, called Go Ahead and Do It featuring Mad Scientist of Etsy's own Ele Willoughby (aka minouette).

"The pioneers portrayed in this collection offer an encouraging look at what women can achieve in the STEM fields despite persistent obstacles. “If it’s a good idea,” computer scientist and U.S. Rear Admiral Grace Hopper once quipped, “go ahead and do it.” A portion of the proceeds from this exhibition benefit GirlStart, a non-profit that provides opportunities for girls to become involved in STEM fields." 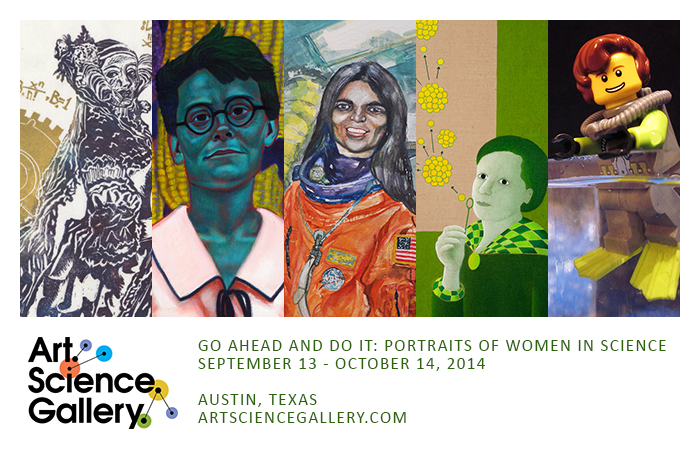 Inspired by Science on the Etsy Blog 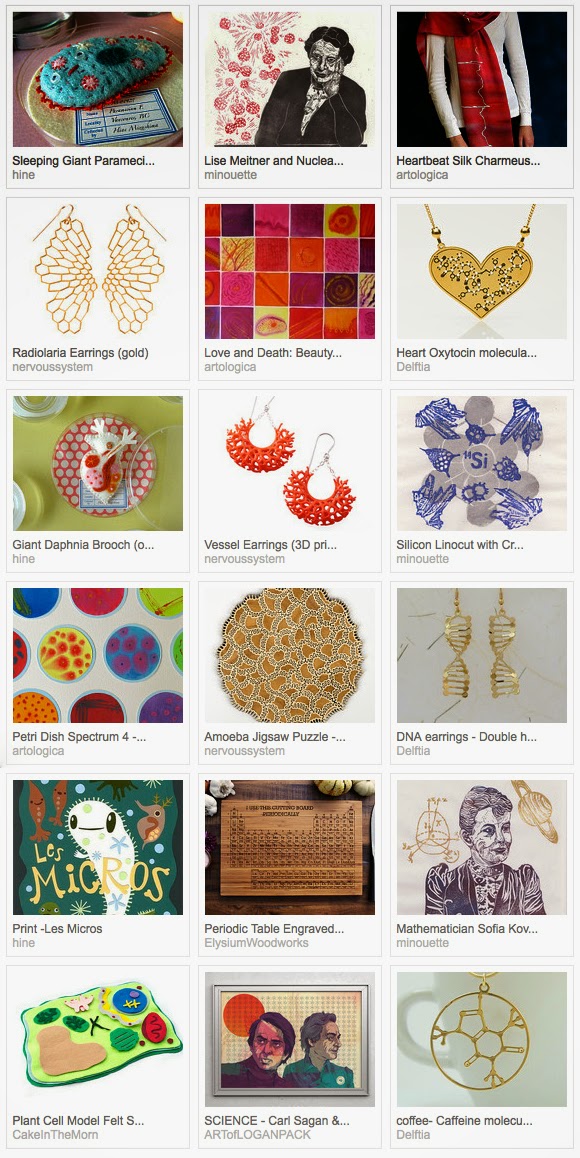 The Etsy blog just posted an article titled Inspired by Science. It features comments from and work by Mad Scientist of Etsy team members artologica, nervoussystem and minouette, and other art/science goodies, as well as a shout out to the Mad Scientists of Etsy team! Check it out.
Posted by minouette at 1:55 PM No comments: 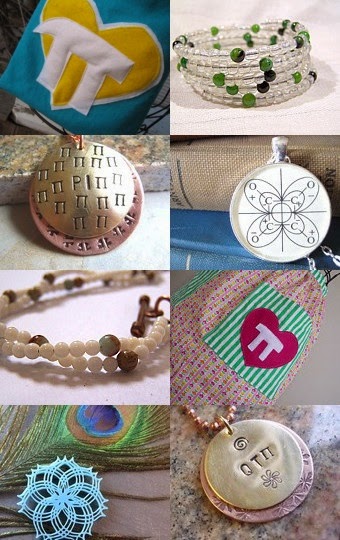 Silk is an awesome feat of nature. We can use it for everything from Kevlar to fancy evening dresses, and now we can even listen to it!


Scientists at MIT are mapping spider silk proteins on to musical scores not only for fun, but as a way to understand the structure of any given silk "recipe" and to predict how it might pan out in real life. How cool is that? Skip to the middle of the video to "hear" the silk!
Posted by Katherine at 4:13 PM No comments: 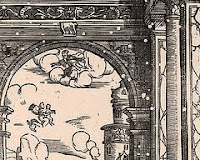 Many of us Mad Scientists of Etsy are making art about science, but apparently one can also use art to do science. A few of us make relief prints including molarchae's letterpress prints, sparrowpress's woodblock prints, jackbear's stamps, jvdarcy linocuts or embossed prints, plowerwing linocuts, and my minouette's linocut. Relief prints are made from the surface of a block. The printmaker carves away the excess material (or negative space in the print) and inks the block (in materials like wood, lino or stone) and prints it onto paper (usually) to make a print. It's a method which has a long history and now, it has a new, scientific purpose. I thought I'd share an interesting story about how art history and woodblock printing in particular has allowed one scientist, Blair Hedges, a professor of biology at Penn State University, to map wood-eating insects and their distribution in space and time, from 15th to 19th century Europe. The image is a Renaissance woodcut art print, 'The Rich Man' by Cornelis Anthonisz (1541), showing printed wormholes (owned by the Rjiksmuseum, Amsterdam) - an example of the very database he was able to mine. He showed that two species of woodboring beetles "met along a zone across central Europe like a battle line of two armies" by using the "wormhole record". These insects, which produce different sized holes in wood, left traces in the blocks used by artists to make their prints. Luckily for him, by producing the prints, the artists were also making a record of exactly which holes had already been made in a given piece of wood, at a given time (since prints are dated), since the exit holes made by these insects were inked and printed. It is also generally well-known where an artist was living and working. Thus by examining and measuring the size of more than 3,000 printed wormholes in works of art and books spanning five centuries, from 1462 to 1899, he produced a space-time map of beetle distributions.

Who knew that woodboring beetles were relief printmakers?

He points out that the research is not only a new tool in evolutionary biology and could be used to map wood-boring beetles in other regions, but that it could be a new method for art historians who need to identify the age or origin of woodblock prints and books which contain them.

You can read more here or listen to this fun interview with Dr. Blair (the last 7:45 of the third section) on the CBC Radio show As It Happens.
Posted by minouette at 12:48 PM 1 comment:

We're working on some new ideas for our look. What do you think? My idea was to try and allude to all sciences simply. What do we all have in common? Well, we use our brains. The brain in a vat of course, also alludes to Descartes' demon, and the whole 'mad scientist' thing. Brains are good for symbolizing all theoretical science, and also represent biology. The beaker alludes to chemistry, and all measurement or experimental science. The tools, the pencil, the paintbrush and the needle and thread, are supposed to represent all the creative endeavours of our members. Even if they use something other than these three, say a computer or metalworking tools, for instance, they probably use a pencil too. The way the light is refracted at the boundary of the fluid is an allusion to physics. The layout alludes to Leonardo's Vesuvian man too... and we all know that Leonardo would have been the ultimate MSOEr, as both scientist and artist. The banner also incorporates the Logistic map, tying in mathematics, chaos theory, and biology or ecology (as it can be used to model population dynamics).

We've also been playing with the typefaces and moving towards a cleaner overall look.

The hope is to revitalize this blog and see more regular posts!
Posted by minouette at 7:41 PM 1 comment:

Want to share the Mad Scientists of Etsy Blog? Grab a MSOE Button

This is a Flickr badge showing public items from the Mad Scientists of Etsy group pool. Make your own badge here.